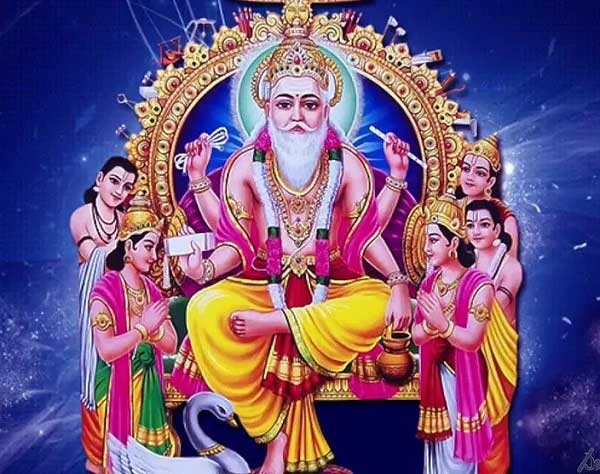 Vishwakarma is believed to be the lord of architecture and mechanics in Hindu mythology. Lord Vishwakarma is the first architect and engineer of the world and he laid the founding stone of the universe. He is credited with being the chief architect and builder of Lanka, Dwarka and Yampuri. Visvakarma's five sons are Manu, Maya, Thwashta, Shilpi and Visvajna (Devagya). The sons are the forbearers of five gotras (clans) of Vedic craftsmen who are the Blacksmiths, Carpenters, Bell metal workers (metal casters), Stonemasons and Goldsmiths.

Each of the sons followed in the footsteps of their supernatural father, each becoming an illustrious craftsman in their own right. Manu was an Ironsmith, Maya a Wood craftsman, and Thwashta a metalsmith who worked with Brass, Vopper and alloys. Silpi was a stone carver, and his name is associated with the craftsman's code, Shipla-sastra. Visvajna, the youngest son, became a great jeweler, working with Gold and Silver.

Sons and daughters of Viswakarma